Clean 15 Dirty Dozen: Why Should We Spend Our Whole Paycheck for Organic Fruits and Vegetables?

Why Should We Spend Our Whole Paycheck for Organic Fruits and Vegetables?

Do you walk through the store like many of my new clients wondering, “Is it worth it to spend an extra dollar on organic strawberries? Do I need organic everything or is it just a marketing ploy?” We have heard that non-organic/conventional produce may be bad for us, but is organic produce necessarily better for us?

“Organic” produce refers to the way farmers grow and process their produce without harmful fertilizers, pesticides and the use of GMOs (genetically modified organisms). Organic farmers aim for environmentally, socially and economically sustainable production. They rely on crop rotation, animal and plant manures, hand weeding and biological pest control. Conventional farmers tend to use a number of different pesticides to protect their crops from insects, weeds and diseases, but at what cost?

Choose organic whenever possible to avoid disease and increase health benefits. Recent studies show that not only do organic fruits and vegetables contain less harmful chemicals, but they are also more nutritious. These results support spending the extra money to avoid disease-causing pesticides, and perhaps even more compelling, to increase the quality of our nutrition.

In the largest study of its kind, the British Journal of Nutrition reported organic produce having 50% lower levels of cadmium, a highly toxic heavy metal contamination which has been linked to kidney disease, bone softening, liver disease and lung cancer. On organic produce, USDA found fewer pesticide residues and higher concentrations of antioxidants, a substance that slows down or removes damage that can be caused by oxidizing agents. Conventional crops were three to four times more likely to have pesticide residue than organic. And USDA’s study showed that even after washing and in some cases, peeling, the pesticide residue remained.

Many of the pesticides being used in America have been linked to health and environmental issues. Suggested negative health effects include dermatological, gastrointestinal, neurological, carcinogenic, respiratory, reproductive and endocrine effects. According to the National Institutes of Health, “There is a huge body of evidence on the relation to exposure to pesticides and elevated rate of chronic diseases such as different types of cancer, diabetes, neurodegenerative disorders like Parkinson’s, Alzheimer’s and amyotrophic lateral sclerosis (ALS), birth defects and reproductive disorders.”

We should choose organic whenever possible to avoid disease, but can organic foods actually improve our health? Studies show that switching to organic produce would provide a 20-40% increase in consumption of antioxidants and polyphenols, an antioxidant photochemical that prevents or neutralizes the damaging effects of free radicals. Antioxidants and polyphenols are known to prevent diseases like coronary heart disease, stroke, certain cancers and more. NIH reports: “Organic crops contain significantly more vitamin C, iron and magnesium and phosphorous and significantly less nitrates than conventional crops... a better quality and higher content of nutritionally significant minerals and lower amounts of some heavy metals in organic crops compared to conventional ones.”

Even after hearing these explanations, some of my clients say sadly, “But it’s so expensive! I can’t afford it.” It is true. Whole Foods didn’t get its nickname for no reason! Some reports show organic produce to be 10-40% more expensive. Historically, Whole Foods has been 15% higher than traditional grocery stores.

The good news is that all may be changing with Amazon’s acquisition of Whole Foods. Amazon promised to offer more discounts and steeper price cuts at Whole Foods on many organic foods and groceries. Bloomberg reported a 43% price slash on some organic produce. Many of us will be shopping with crossed fingers in hopes that these lower prices stick.

We do have other options to reduce costs and enjoy healthier fruits and veggies: • Compare costs at Trader Joe’s, Mom’s Market, local organic markets, Costco and Sam’s Club.

• Shop Farmers’ Markets. (Note: Local, small farms may not have the USDA organic seal because it can be way too time consuming and costly to obtain; so ask if they farm with “organic methods”.)

• Order from a C.S.A. My favorite is “From the Farmer” (www.fromthefarmerdc.com). • Plant your own organic garden or join a community garden.

• Avoid the “Dirty Dozen” and opt to save money with the “Clean Fifteen.” The Environmental Working Group is a non-profit, non-partisan organization dedicated to protecting human health and the environment. They release a guide each year reporting which produce is least and most safe when choosing conventional methods.

The Clean 15 is least likely to contain pesticide residue and the Dirty Dozen has the highest concentrations of pesticides.

“There appears to be a genuine difference in the nutrient content of organic and conventional crops.” concludes an NIH study and goes so far as to call for a change in our agricultural practices for health and environmental reasons. So don’t spend your entire paycheck but, it is worth it to spend a bit more to decrease your risk of disease and increase your body’s ability to fight disease by choosing organic whenever possible. 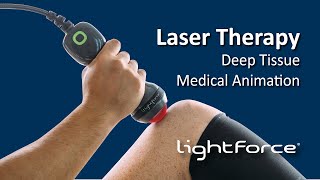 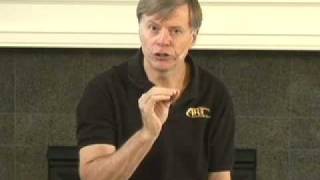 What is Amino Neuro Frequency Therapy?

Beet Your Latest Time AND Disease!

Drink Yourself to Sleep Recipes for Restful Teas